Trevor Anderson (T.A.) is a former professional athlete, owner of Better Every Day Fitness and Performance, and the Director of Golf Performance at the David Leadbetter Golf Academy World Headquarters in Orlando, Florida. Although he is a Multi-Sport Performance Specialist, he has excelled in the golf world as a Golf Performance Expert.

Trevor is a 1999 Graduate from the University of Central Florida, and as the Director of Golf Performance, he develops the entire physical and performance training curriculum for the David Leadbetter Golf Academy. In addition to the thousands of youth athletes that he has trained, Trevor works with and trains golfers from the PGA Tour, LPGA Tour, Ladies European Tour, Nationwide Tour, Hooters Tour, and Symetra (Futures) Tour, as well as other professional golfers. He has also worked with Heisman Trophy winners, NFL All-Pros and first round draft picks, numerous NBA players, and professional athletes from other sports including MLB, tennis, soccer, and drag racing.

His experience with improving athletic movement and swing efficiency of some of the best golfers in the world has helped him achieve acclaim in the golf world.

Trevor's philosophy is "good enough is not enough, out work everybody, and get BETTER EVERY DAY". He leads and trains by example, and demands personal excellence from his trainees. Trevor is a passionate motivator, and his attention to detail and hunger for increased knowledge allows him to set a positive example for each and every one of his clients. 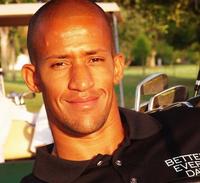 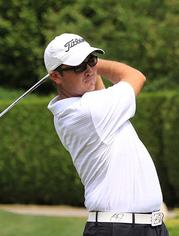 European Tour Member with a best finish Top 10 at the 2006 Russian Open in Moscow and 2 wins on the European Challenge Tour, with a 59 at the 2006 Morocco Classic in Agadir and the other win at the Espana Challenge in Madrid.

Adrien represented his native country, France, in Amateur tournaments and played 1st division college golf at McNeese State in Louisiana, where he won several awards. Adrien is a member of PGA France and has an instructor degree he has been using for several years with great juniors and pro golfers around the world.